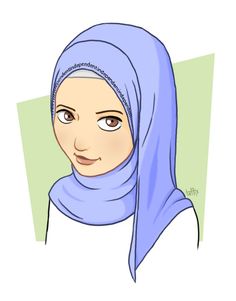 Rasheeda Ahmed (The Hijab Entrepreneur) belongs to a  very well known family. Rasheeda’s family followed modern western culture. When Rasheeda completed her BBA in Supply Chain Management. Her fours years in the university she met a lot of people but she was really inspired by her colleague and also her best friend Khadija Abdus Salaam who was a successful student in her class and as well as a successful entrepreneur. She used to come to her house every weekend and tell alot of stuff about her business and also informed her about Islamic knowledge and the importance of Hijab. Khadija belongs to a very Islamic traditional family where practice of Hijab was mandatory. While Rasheeda’s family was on a  total opposite side. They followed the culture of west rather than choosing their own culture. As years passed Rasheeda’s mother notice that Rasheeda is going to towards an Islamic ideology and  a very significant changes have been made in her life. 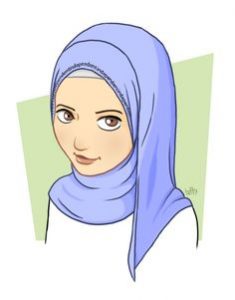 One day Khadija went to Rasheeda’s house so that  they both can complete the university assignment together. Rasheeda’s Mother open the door, Khadija said “Asalaam Walikum Humaira Aunty! How are you today?” Rasheeda’s mother ignored the salaam and made an arrogant face and  went towards the kitchen.

Khadija was not quite shock of her mother’s behavior because she always greeted her in that manner. Anyhow as time passed they both graduated. Now they both decided that they should start a new business together regarding embroidery designs of hijabs. Rasheeda started to wear hijab during her friendship with Khadija, in which her mother objected her no to wear it  but as a true women of faith this was the only command she had to disobey. As time passed Rasheed’s mother hatred towards Khadija was  growing bigger and bigger. Now she decided  that Rasheeda’s  should stop doing these orthodox business and get married. Soon arguments started regarding her business and wearing hijab on regular basis with her mother. The fight went to  that state where her mother threaten her that she is going to disown her if she doesn’t stop doing business with Khadija and wearing hijab. One day her mother went to Khadija’s house to  tell her straight on her face that she should leave Rasheeda alone. While Rasheeda’s  other  was waiting outside of her house to wait for Khadija to open the door she had a glance from a main window  and she was shocked . She saw Khadija ‘s mother was lying on a couch while she was paralyzed and Khadija was helping her to take her medicines. Seeing all this Allah(Great) put a soft corner in Rasheeda’s mother that she was wrong about Khadija she always thought that these girl who wear hijab  and follow Islamic ideology  are  selfish. When Khadija opened the door Rasheed’s mother hugged her tightly and took all her words back that she used to target her over the years. On the bright side Khadija told her the good news that her daughter Rasheeda  made a great strategic plan to run their business and also poor girls who need financial help can be successfully helped. Listening to all this Rasheeda’s mother was  feeling proud and also  depressed because of all the harsh words she said to her own daughter. Rasheeda entered the drawing room as she was working with Khadija so she was in her house. She hugged her mom, while her mother cried and  told her to forgive her. Hijab Entrepreneur Rasheeda even though she belongs to a family where there was no even a clue of Islamic teaching, she lived her life according to Islam and run her hijab business successfully. If you are inspired by this story and don’t know wear to find  good and stylish hijabs to wear. SuZain hijabs have a variety of hijabs that you might be looking for at a reasonable price. So don’t waste you time, start purchasing these wonderful  hijabs at SuZain hijabs.